I took this photo of a juvenile seagull, one of many of the larus species (ravenous sea birds).  Seagulls are known as the acrobats of the sky, but no stunts from this young gull he is in search of food.  Its’ eyes locked in for his catch of a small fish or crab.  By catching the wind currents and positioning its body at just the right angle it appears to float motionless in midair.

Sea gulls have gotten a bad reputation.  Many people consider the gull a nuisance, filthy and a carrier of germs.  They have harsh wailing or squawking calls and are often seen in large noisy flocks congregating where food is available.  I often see the gulls fighting to eat the litter of food that lay on the sandy beach.  After the beach cleanup they gather near the overflowed trash containers where bags of uneaten food have fallen on the ground.  I thank God for the seagulls these birds are God’s sanitation engineers that help keep the earth clean. 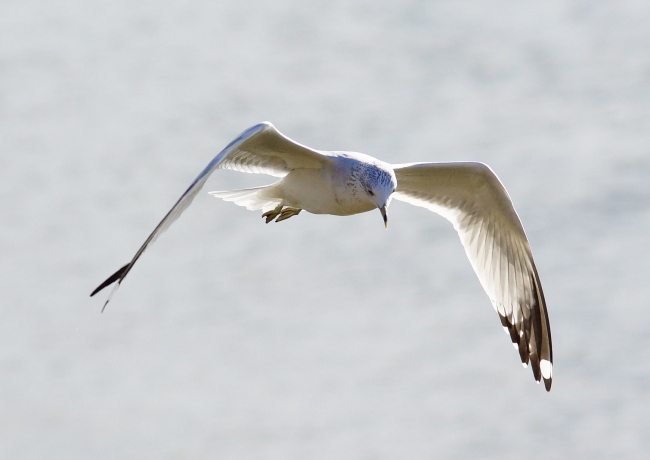